Excitement builds for film on male exotic dancers as seen through the eyes of African American women.

by Megan Hussey
in Entertainment, Featured
A A
0

When Gene Graham first sought distribution for his documentary film, This One’s for the Ladies, he had a great deal of difficulty finding support among mainstream male film execs–many of whom disliked the concept of a documentary about male strippers and the women who flock to see them.

“I assured them that this film had nothing to appeal to straight males,” he said. “When it comes to This One’s for the Ladies, the title says it all.” 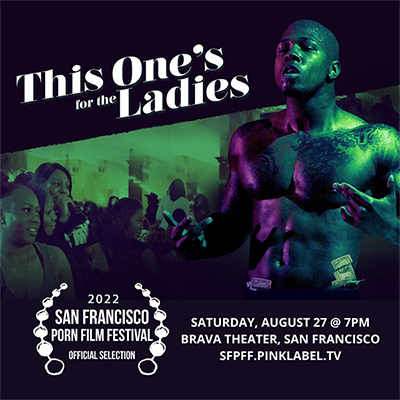 “It feels amazing to see our documentary as the closing selection at the festival,” Graham said. “Shine (Louise Houston, feminist adult filmmaker and festival organizer) and I have a special bond. She believes in us; a festival is a safe place for people to explore their sexuality through film.”

Similar sexual safe places are explored in the frames of This One’s for the Ladies, which displays vivid, sensually explicit but respectfully conveyed footage of women fulfilling their fantasies through sensual dances with hot male dancers.

“While movies like Magic Mike tell the stories of the dancers, this film looks at the whole scene from a woman’s perspective,” Graham said. “The male strip show allows them to have a good time and explore their sexuality in a safe place.”

And as featured ladies reveal their passionate attraction for dancers with names like Satan and Blaze, they also revealed a shocking truth about women who attend male revues. They’re pretty much like other women!

“These are just like the women you work with or go to church with,” explained Graham. “They work all day; they care for their kids, just like other women.”

And the male dancers, similarly, are depicted as people making a living, supporting their families, and funding their futures.

Furthermore, not all of the dancers portrayed in This One’s for the Ladies are male in persuasion. The lesbian dancer Blaze is profiled as well.

“When Blaze came onstage, the ladies who weren’t into it could go to the bar and come back for the guys,” said Graham. “But a lot of the ladies were into it.”

When Graham speaks of This One’s for the Ladies, his tones emanate with warm respect for his female subjects–and one look at the movie’s Facebook page displays numerous posts in support of women’s issues, along with a look at Graham’s newest, woman-centered film, Jac on the Come Up. This is a director strongly devoted to the telling of women’s stories.

“We all have ways of expressing our sexuality,” he said. “And now more than ever, women must have control of their bodies and sexual expression.”

On Friday, August 26th, the festival goes hybrid–with a pair of sexy shorts broadcasting live from the Brava Theater. REEL/SEX screens shorts with a documentary flavor will be screened at 4:30 pm., with Mostly Pics House director and star Vanniall in attendance. Then at7:30 pm that evening, SEX/SCENE continues–of particular interest to the ladies will be L’Ingrediente Principale by Isis Tatiana Hockenos and Haley Myer, Transform by Domina Mara and Eternal Flame by the duo BeyonDeep. A filmmaker Q&A will follow live on stage.

Festival programming culminates Saturday, August 27, with FUCKING/FUN at 4:30 pm, presenting comedic and clever shorts. This One’s For the Ladies screens as the festival’s Closing Night Film at 7 pm. Neighborhood night scene favorite Pop’s Bar serves as the festival’s in-person mixer both evenings, with a closing night AFTER/PARTY planned for Saturday after the final show. Following the festival, RE/PLAY will offer festival programs and recorded Q&As on-demand through September 10th.

For more about this signature event, ScandalousWomen scored an exclusive interview with Jiz Lee, an industry legend and the event’s marketing director. 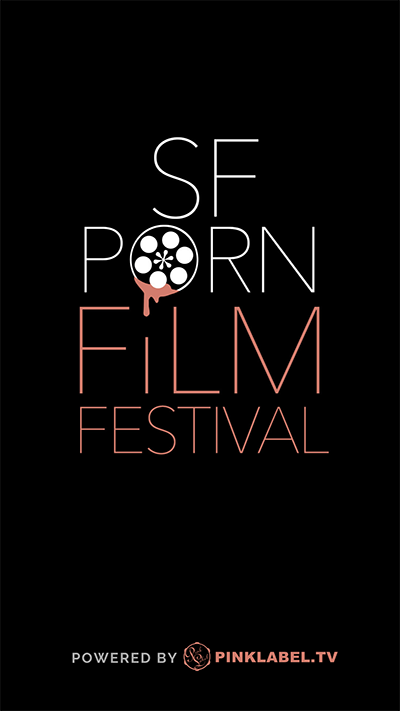 2. Tell me a bit about your selection process for the festival.

We’ve seen a lot of incredible films, thanks to our network of film festivals and through hosting adult filmmakers on PinkLabel.TV. Besides shoulder-tapping through our connections, we also announce a call for submissions through PinkLabel.TV’s filmmaker newsletter and our company’s social media accounts. Each year we receive more submissions than we could possibly present, so Festival Director Shine Louise Houston reviews the collection with her team and creates the year’s new programs. Rather than separate films by categories like straight, gay, lesbian, etc…, we group them into short programs by loose subgenres such as documentaries, narratives, and experimental, and then select opening and closing night feature films.

3. Your selection this year for the festival, This One’s for the Ladies, is a fantastic celebration of women’s sexuality that concerns the appeal of male strip clubs. What inspired the festival to award the top prize?

Festival Director Shine Louise Houston is a big fan of the film, and also played a unique role in its production. A few years ago, This One’s for the Ladies director Gene Graham ran a fundraiser to help cover the expenses of post-production audio. Shine donated as one of the campaign’s major backers. Now that we’re in a position to present the film, selecting it as a feature film was an obvious choice. We hope more people will see the film and celebrate with us on the festival’s closing night.

4. I was very impressed by the festival schedule. What are some of your favorite selections this year?

All the films are favorites! It’s an impossible position to name just one.

5. I’ve also noticed that the festival schedule features some classics of queer cinema, including one of my favorite shorts, Hey Sailor, Hey Sister. How do you determine the balance of older versus newer titles to show?

We’re fans of the classics! Shine’s own work takes inspiration from in 70’s cinema, and as queer film presenters we’re interested in honoring LGBTQ history. Representation and preservation is important to us. Classic titles are a focus on PinkLabel.TV and to be able to present older titles at the San Francisco Porn Film Festival is special, especially when the creators are here to share their experiences. Last year we had the great honor of presenting Arthur J. Bressan Jr. ‘s 1974 classic Forbidden Letters with star Robert Adams interviewed on stage by queer film historian Jenni Olson. We also welcomed guest visitor Nan Kinney to present her 1993 classic lesbian erotica Safe Is Desire and talk about the film’s educational effort to convey the necessity of sexual health to queer women during the AIDS crisis. And we’ve screened Radley Metzger’s 1974 bisexual comedy SCORE, where our Festival Director Shine Louise Houston had the pleasure of chatting with the film’s star, Lynn Lowry.

6. Is there any type of content that you won’t show at the festival?

7. Please tell my readers how they can participate in the festival, live or online!

We want you to watch with us! If you’re in the San Francisco Bay Area, get ready for two days of action-packed programs at the Brava Theater. If you’re outside the Bay, you can tune in on your laptop, tablet, or smartphone device. We kick off the festival with a special selection of films available on-demand, and stream all the programs and filmmaker talks virtually on our website. We hope you’ll join us! Follow along on social media @SF_PFF on Twitter or Instagram. Grab a ticket here.

Visit these links for more information:

The 2022 San Francisco PornFilmFestival is presented by PinkLabel.TV and was made possible thanks to the financial support of Premier Sponsors AdultTime, ArtHouse Vienna, Good Vibrations, Zaawaadi, and over 100 backers. For the full list of official selections, click here and subscribe to the event’s official newsletter here. Follow the fest on Twitter and Instagram; direct inquiries to info@sfpornfilmfestival.com.

Megan Hussey is a feminist erotica author known for writing paranormal-based fantasy romances, with more than 30 titles in print, audio and e-book forms through Class Act Books, Melange Books, Metaphysical Erotica publishing, Phaze books and Xcite Books UK, and for her work behind the scenes in the women's erotica industry, having written for companies such as Playgirl, Chick Media, Eden Fantasys, Good Vibrations and Trejix Toys.

She's Gotta Have It! The Scandalous Woman's Guide to Cheating