by Megan Hussey
in Featured, Interviews
A A
0

Skye Blue is both an internationally published fashion model and adult star. Although her two worlds have at times collided, she remains determined to introduce an aura of class and artistry to the adult film scene.

Undaunted, and after superstar glamour photographer Holly Randall discovered her in 2018 and she made her Playboy Plus debut, Skye Blue immersed herself in the adult industry–but on her terms.

She cites Deeper founder and director Kayden Kross among her favorite directors.

“She is an excellent woman director who does quality, beautiful work,” she said. “She seeks out her performers to help curate content, and she never pressures performers to do anything that makes them uncomfortable.” 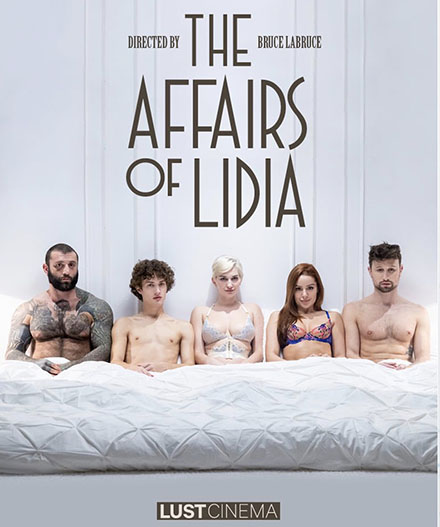 “Bruce La Bruce reached out to me and said, ‘You’re a fashion bitch. You can do this,'” she said with a chuckle. “And the results were amazing.”

“Skye Blue is one of our most loved performers on Lust Cinema and XConfessions, and it was such a pleasure for me to watch her performing in The Affairs of Lidia; you can tell she really enjoyed playing her character!” she said. “I loved how peppery, spoiled, and uninhibited her Lidia is. I wish she’ll grace us with her fierce energy again in future productions! Our audience always gets crazy about her.”

In terms of print publications, Skye Blue was voted Playboy’s Muse of the Month in 2019 and has graced the pages of Hustler, Penthouse, and Campout magazines and independent fashion mags like Yume and Off the Rails. She plans and blocks her own shoots for her OnlyFans and Camsoda shows.

Yet Skye Blue does far more than pose. A talented photographer, seamstress, and abstract painter who never tires of studying her art, she has sold her artwork at galleries and shoots professional photos of other adult stars.

“I always invite them to come to me to shoot their portfolios,” she said.

Offscreen, Skye Blue longs to be an advocate for women in this industry.

“We have to stick together. I encourage women to know and set their boundaries and do only what they’re comfortable with,” she said. “And we never should accept slut-shaming. Everyone has sex. We just happen to do it on camera.”

The History of Sex Parties and Your Guide to Casual Bliss

Megan Hussey is a feminist erotica author known for writing paranormal-based fantasy romances, with more than 30 titles in print, audio and e-book forms through Class Act Books, Melange Books, Metaphysical Erotica publishing, Phaze books and Xcite Books UK, and for her work behind the scenes in the women's erotica industry, having written for companies such as Playgirl, Chick Media, Eden Fantasys, Good Vibrations and Trejix Toys.

The History of Sex Parties and Your Guide to Casual Bliss

'This One's for the Ladies' Male Stripper Documentary Set to Debut